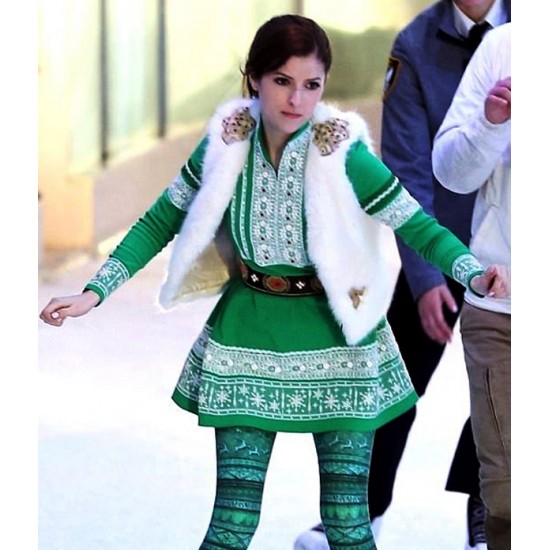 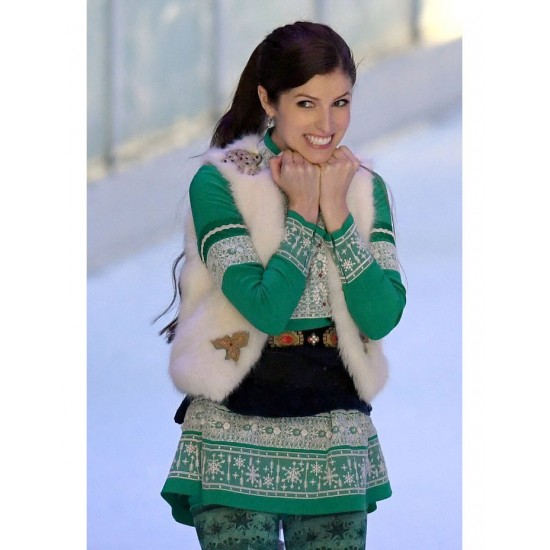 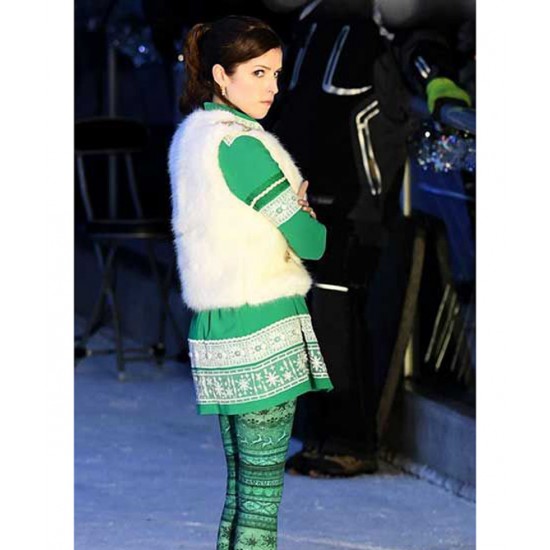 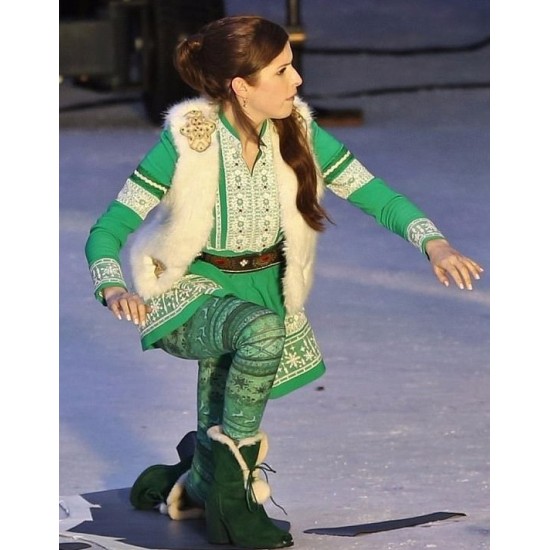 Are you in search of the vest which is winter-friendly? Then grab this Anna Kendrick Noelle White Fur Vest which is an inspirational outfit from the film Noelle. It is worn by the character Noelle which portrays by Anna Kendrick. Noelle is a Hollywood fantasy adventure Christmas comedy film. It was released on November 12, 2019. Noelle is directed and written by Marc Lawrence and produced by Walt Disney Pictures. Anna Kendrick is an American actress and singer. She published a memoir in 2016, titled Scrappy Little Nobody. Kendrick's first starring role was in the 1998 Broadway musical High Society.

The external of Anna Kendrick Fur Vest is crafted from wool fur. The inner side of the vest has a comfortable viscose lining. This Fur Vest is designed by our talented designer in snow white color which is suitable for the winter season. It has embroidery patches on the shoulder and also on the waist side. And this vest also has a front open closure. Stitched pockets on the inner side of the vest are also present. So get this Noelle White Vest now from americasuits.com and keep yourself warm during this winter season.