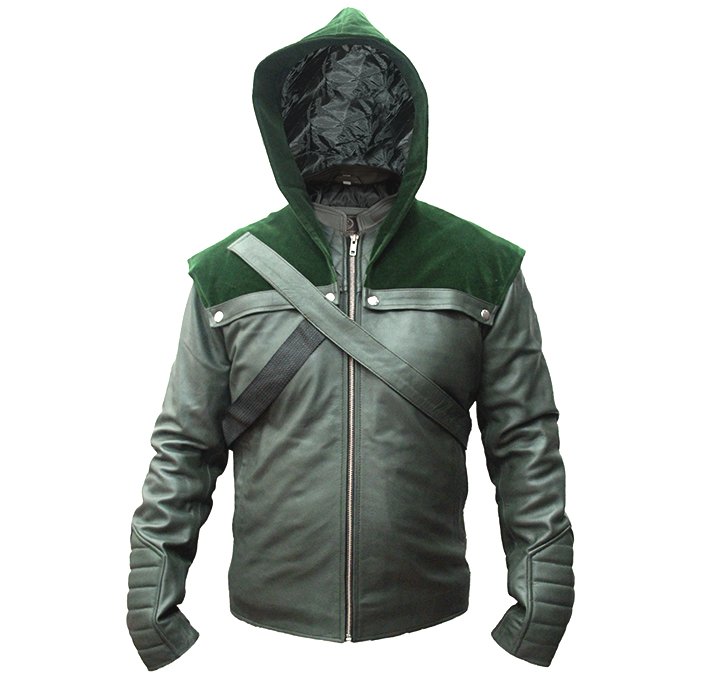 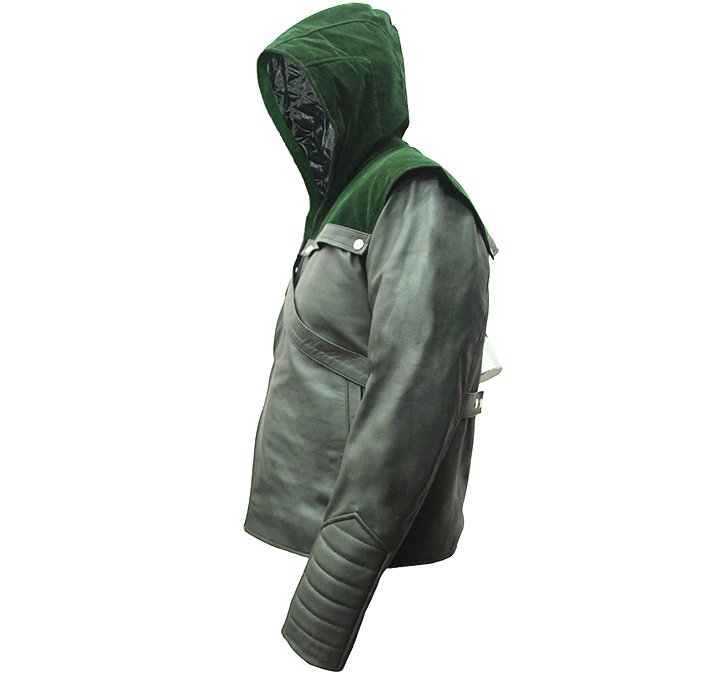 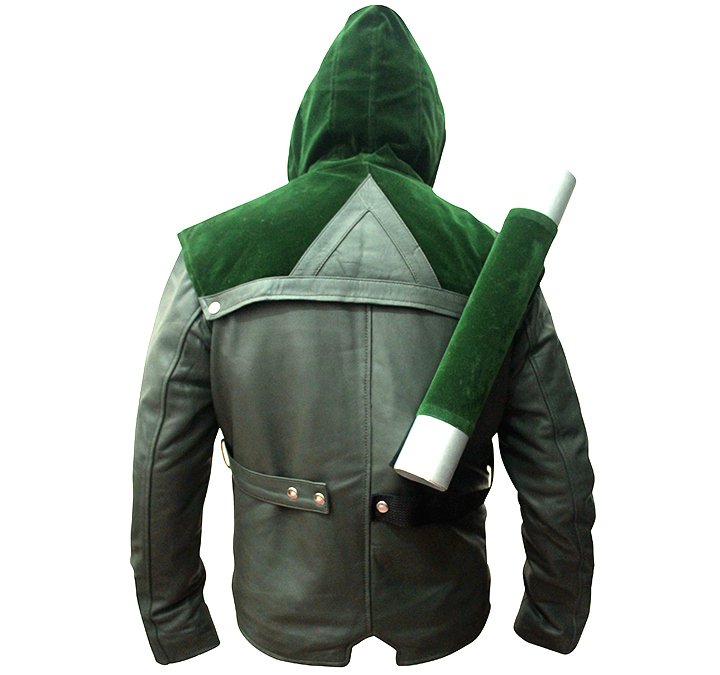 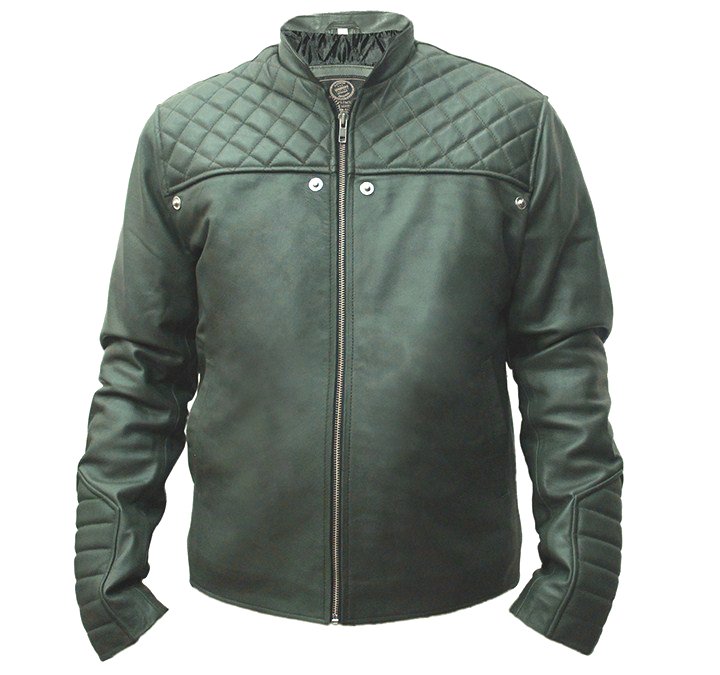 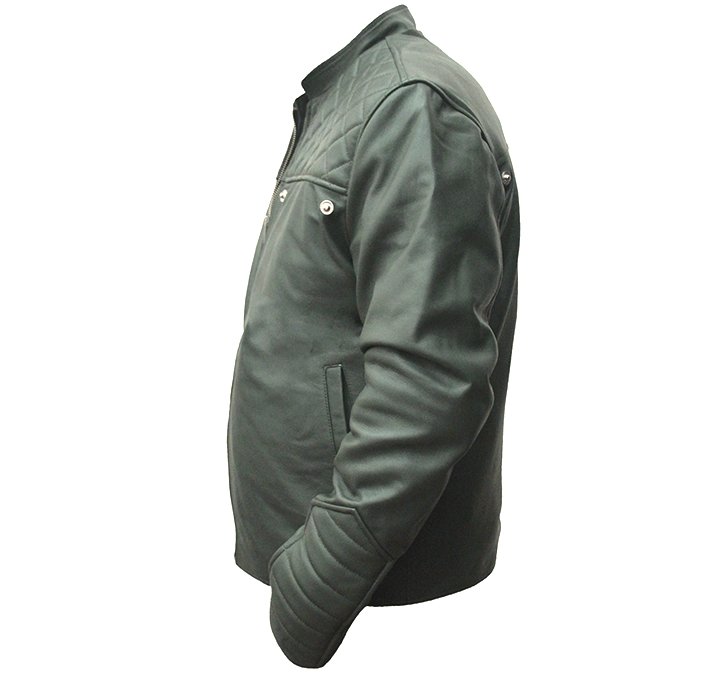 Hit television series Arrow in which Stephen Amell played the role of a superhero as Oliver Queen in the cw series has been noticed by his fans due to the show and of course the costume he wears as every superhero is known for his costume. The Oliver Queen Green Arrow Hoddie Leather jacket became famous quickly due to the unique nature of the jacket. Stephen Amell Green arrow jacket has a hoodie on it with a bow holder in the back and quilted on the shoulders. The Arrow jacket is very populat amongs the teen especially during the Halooween season or costume party and has gathered a number if great reviews in the industry of costumes. The stephen amell green costume comes with all the ornaments as een on the picture and it can be made in either green leather or green faux leather. the costume is made to order for your body and it is one classic collection you must have. Wearing the Arrow hoodie jacket will give the extraordinary powers in the fantasy land and will help you bring the confidence level up as a Arrow team member and fan. So don't wait and order now

-40 %
Mega Man Blue Leather Jacket With Hoodie For Men
Mega Man Leather Jacket In Blue Color With Hoddie   Is it accurate to say that you are searching for an exceptional cowhide coat with h..
$138.00 $229.99
Ex Tax:$138.00
Add to Cart
Add to Wish List Compare this Product
Buy Now Ask Question