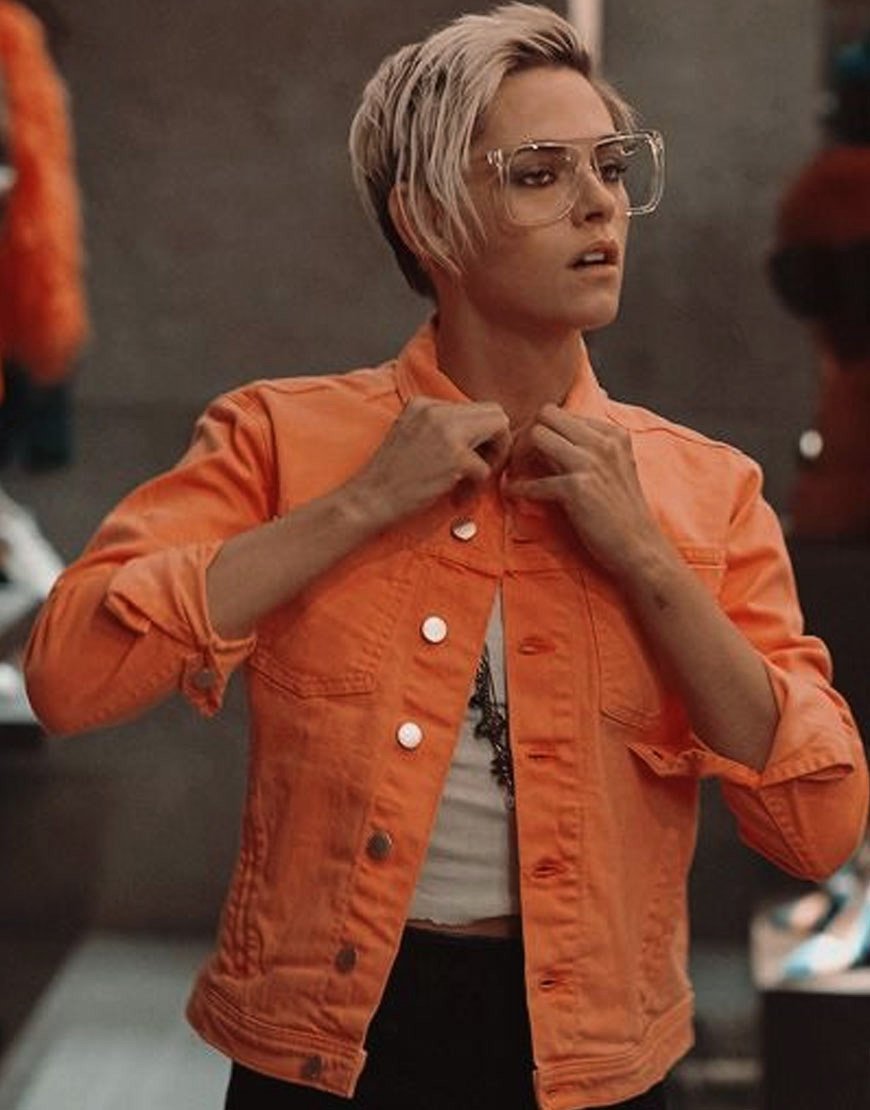 Kristen Stewart Jacket is manufactured from 100% cotton denim fabric in a unique and eye-pleasing neon orange color. Its inner has a soft viscose lining. It has a minuscule shirt style collar. This Charlie's Angels Jacket also has a coin cell button shutting on the frontage. It also has full sleeves with a coin cell buttoned cuffs. The front chest and inner pockets are also a part of this attire to keep your valuables. This attire is one of the most demanding attire from Charlie's Angels Jackets. Get this Neon Orange Jacket now to polish your look.