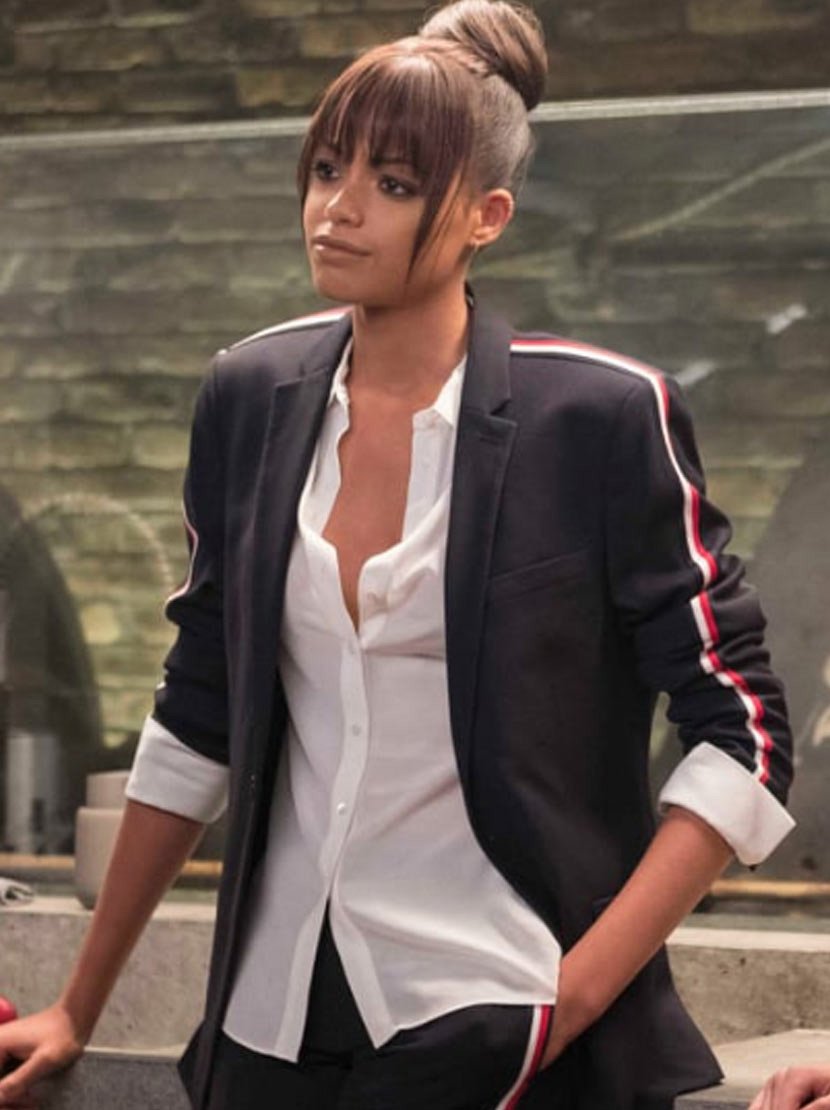 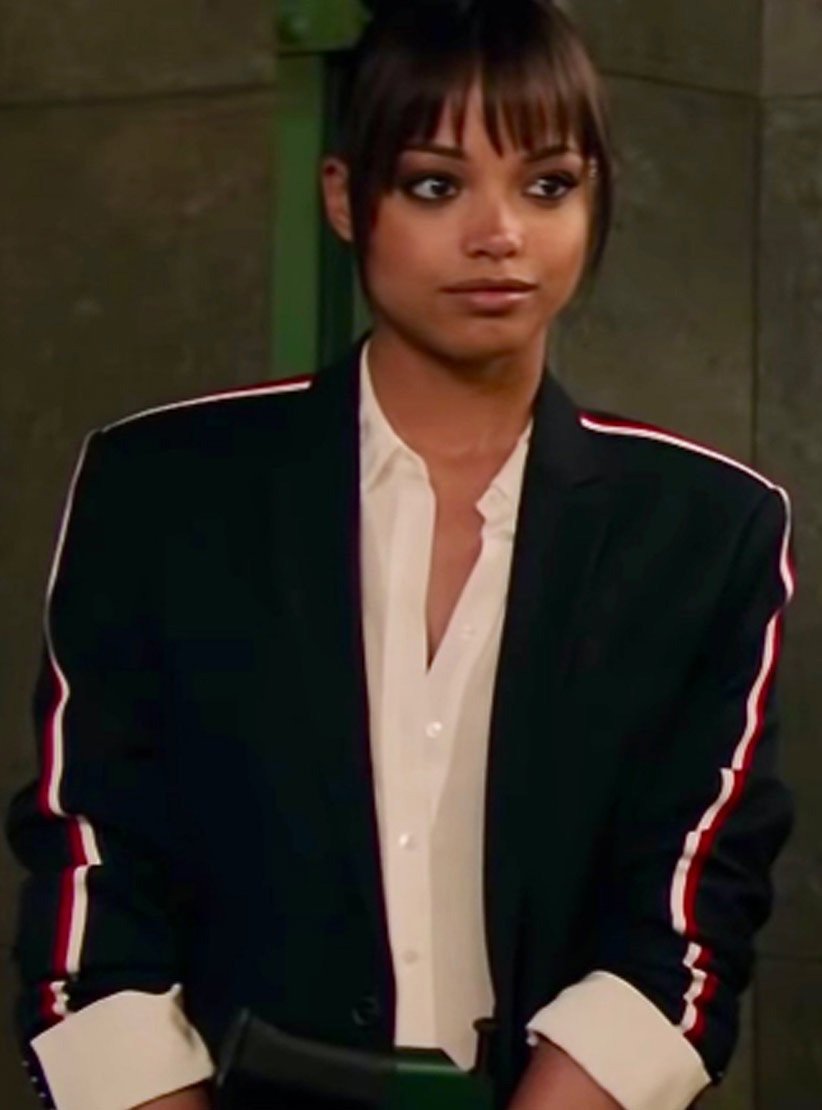 Charlie's Angels Blazer is crafted from 100% pure cotton polyester material. And It's inner also has a soft viscose lining. It has a notch collar and lower button shutting on the frontage. This Jane Kano blazer has full sleeves with open hem cuffs. The special feature of this blazer is that it has red and white streaks over the sleeves. The front chest and waist welted pockets and inner pockets will help you to keep your things safe. This women's blazer is made in soft black color. So grab this Kristen Stewart Blazer to embellish your look. See more at americasuits.com.