No Time To Die Merchandise

Daniel Craig is the main and prominent character of an upcoming spy film No Time To Die. Who appeared as James Bond and provided us with a vast collection of beautiful outfits. In the James Bond film series, this is the twenty-fifth installment which is produced by Eon Productions. No Time To Die is directed by Cary Joji Fukunaga from a screenplay by Neal Purvis, Robert Wade, Fukunaga, and Phoebe Waller-Bridge.

James Bond formerly is known as agent 007 who retired sometime after the events of Spectre. No Time To Die also cast Rami Malek as Safin, Lea Seydoux as Dr. Madeleine Swann, Lashana Lynch as Nom, and Ben Whishaw as Q, for the leading roles.

No Time To Die Merchandise

The unique fact about No Time To Die Merchandise is that the formal wear suits are also a part of it. No Time To Die James Bond Brown Suit is designed in brown color and is an exact replica of an original outfit. It will definitely give you a classic appearance because of the badass look. The grey color No Time To Die James Bond Grey Suit is also available here. Both of the suits worn by Daniel Craig. And crafting from wool blend but for increasing your comfort level a viscose lining on the inner side is also present.

Not only Daniel Craig outwears, but the apparels of other characters are also available here. Lea Seydoux who portrayed the role of Dr. Madeleine Swann wore this Madeleine Swann No Time To Die Jacket. The specialty of this jacket is that it is designed in shades of the rainbow. The other masterpiece No Time To Die Masked Gunman Coat is in stock. Rami Malek while portraying the role of Safin wore this attire. It is made up of cotton material.

A huge No Time To Die Jackets Collection is available on a discounted offer. Due to which you imitate the exact look of your favorite personality at the lowest price. With the help of free fast shipping service, you can get your attire at your doorstep. So grab your dream jacket, coat or suit now before it ruins out of the stock. 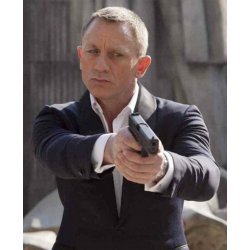 -84 %
Model: AS-36000003200
James Bond No Time to Die Blue Tuxedo
Daniel Craige No Time to Die Midnight Blue Tuxedo SuitDaniel Craig is the name who wears something stylish. James Bond No Time To Die Blue Tuxedo is included in one of them, which he wore in an upcoming film No Time To Die. This is a spy film in which he appeared as the fictional MI6 agent James Bon..
$159.99 $999.99
Ex Tax:$159.99
Add to Cart
Add to Wish List Compare this Product
Buy Now Ask Question
Quickview 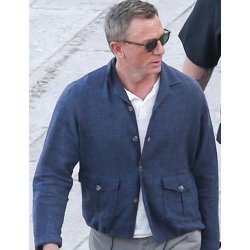 -87 %
Model: AS-36000003191
James Bond No Time to Die Denim Jacket
Daniel Craig No Time to Die Blue Denim JacketNo one can beat the level of Daniel Craig in playing the role of James Bond in an upcoming film No Time To Die. This is a spy film which is the twenty-fifth installment in the James Bond film series. No Time To Die is directed by Cary Joji Fukunaga and pr..
$129.99 $999.99
Ex Tax:$129.99
Add to Cart
Add to Wish List Compare this Product
Buy Now Ask Question
Quickview 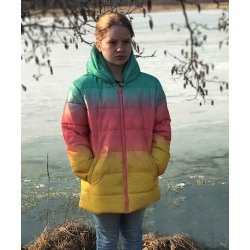 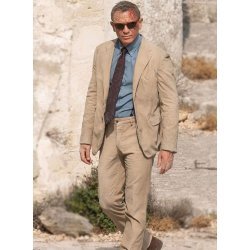 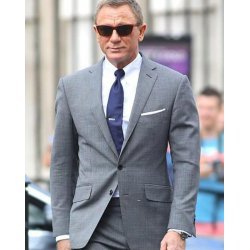 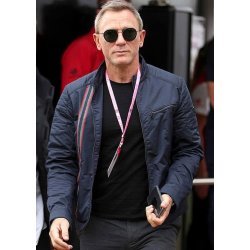 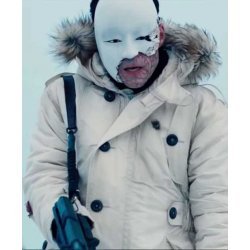 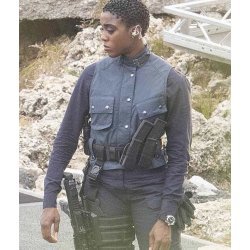