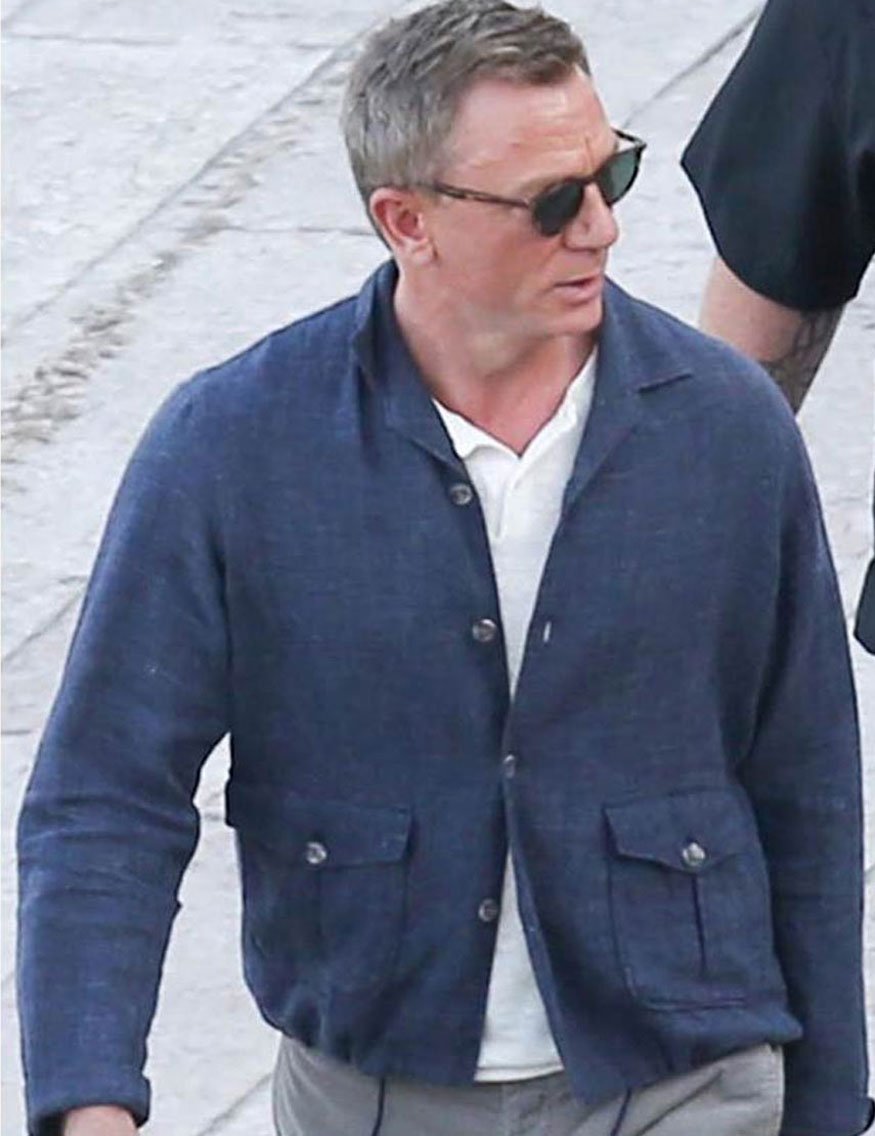 -87 %
James Bond No Time to Die Denim Jacket
Based on 0 reviews. - Write a review

No one can beat the level of Daniel Craig in playing the role of James Bond in an upcoming film No Time To Die. This is a spy film which is the twenty-fifth installment in the James Bond film series. No Time To Die is directed by Cary Joji Fukunaga and produced by Eon Productions. The character of James Bond, formerly known as agent 007, has been retired for five years at the start of the film.

The color of No Time To Die Jacket is blue that is an all-time favorite for any type of fashion style. Its internal consists of a smooth viscose lining. This Denim Jacket is made up of cotton which is pure and soft at the same time. Vintage style shirt collar is featured along with the button fastening front closing. Full sleeves have open hem cuffs for a decent appearance. James Bond Jacket also has two flap pockets on the waist side. You can wear it for casual as well as formal get together. Must say that this is the best time to grab this jacket because the film is not released yet. So, place your order now!