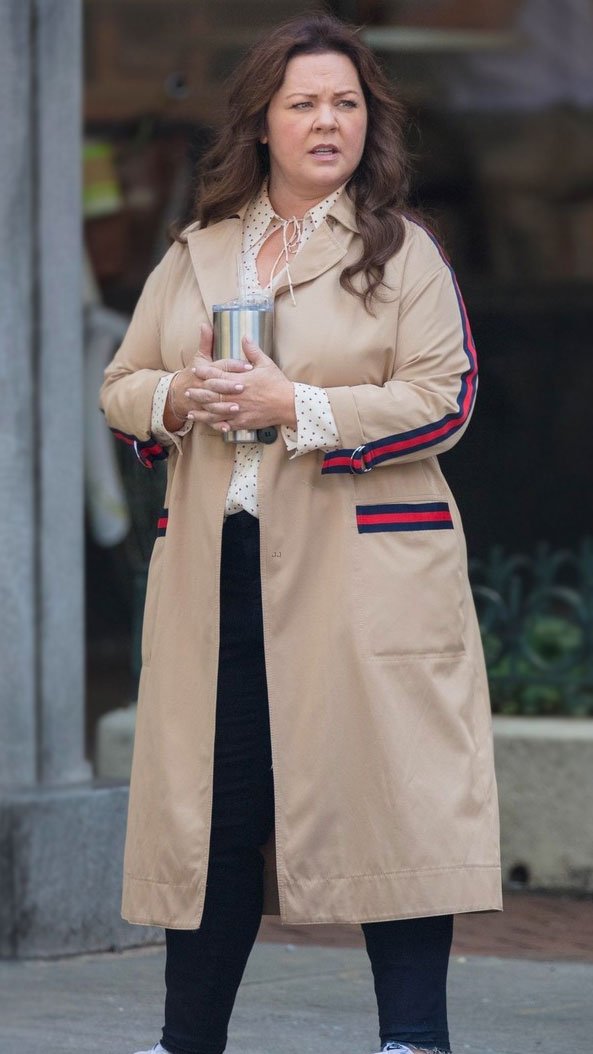 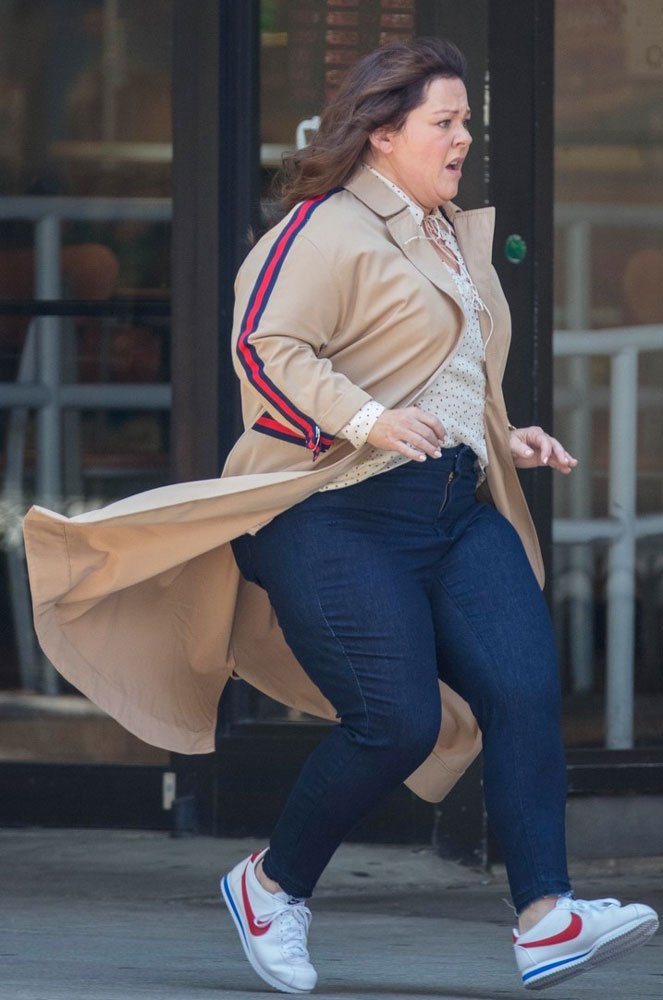 You will not see the rare coat like Melissa McCarthy Superintelligence Brown Coat before. It has been worn by Melissa McCarthy while portraying the role of Carol Peters in the film Superintelligence. She is an American actress, producer, writer, comedian, and fashion designer. Melissa's accolades received numerous awards and nominations, including two Primetime Emmy Awards and nominations for two Academy Awards and two Golden Globe Awards. She has been featured in annual rankings of the highest-paid actresses in the world multiple times.

The reason behind the rareness of Superintelligence Coat is buckle cuffs and red and black stripe on the sleeves and pockets. It is made up of 100% soft cotton in brown color to give you an impressive look. Melissa McCarthy Coat has a wide notch quilted collar. The front open style provides you the exact Hollywood celebrity look. The sleeves are full and pockets are present on the waist side. Its length is below the knee level. Due to all the amazing features that are mentioned above, you can't put your eyes off to it. Ladies get your hands to this Carol Peters Blazer because a limited stock has been left.