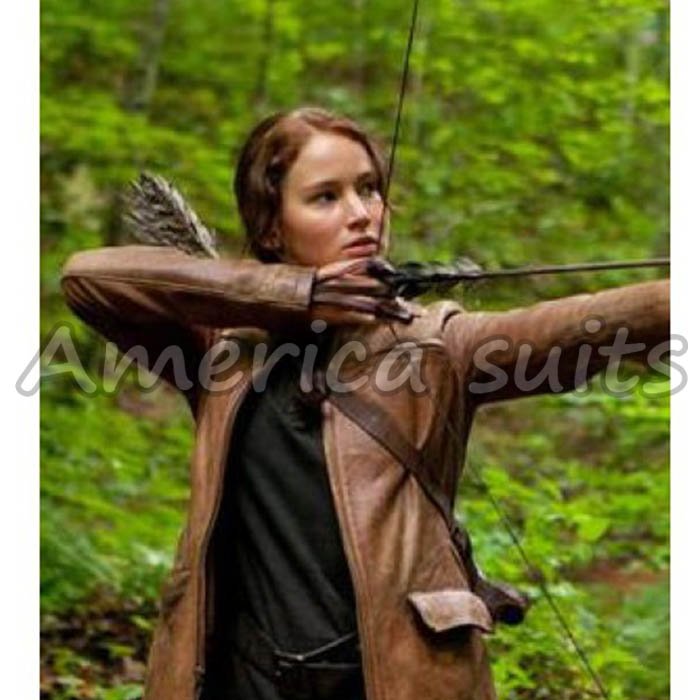 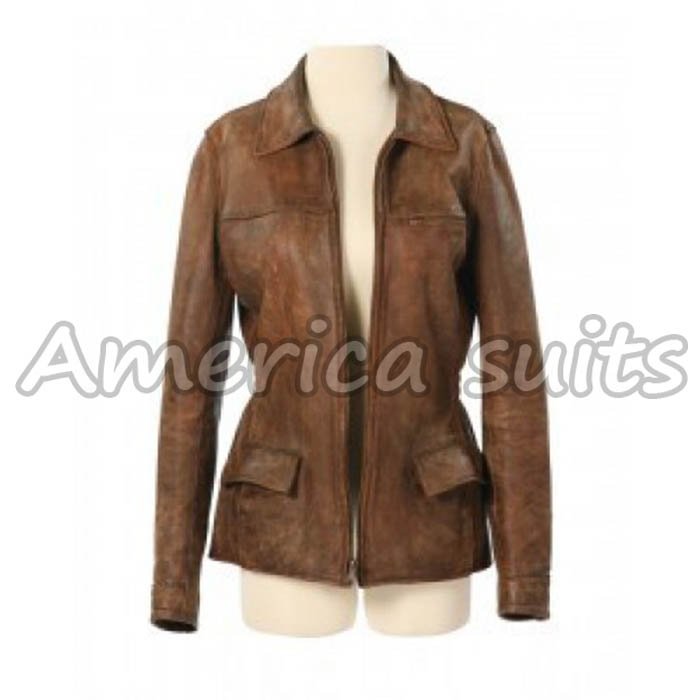 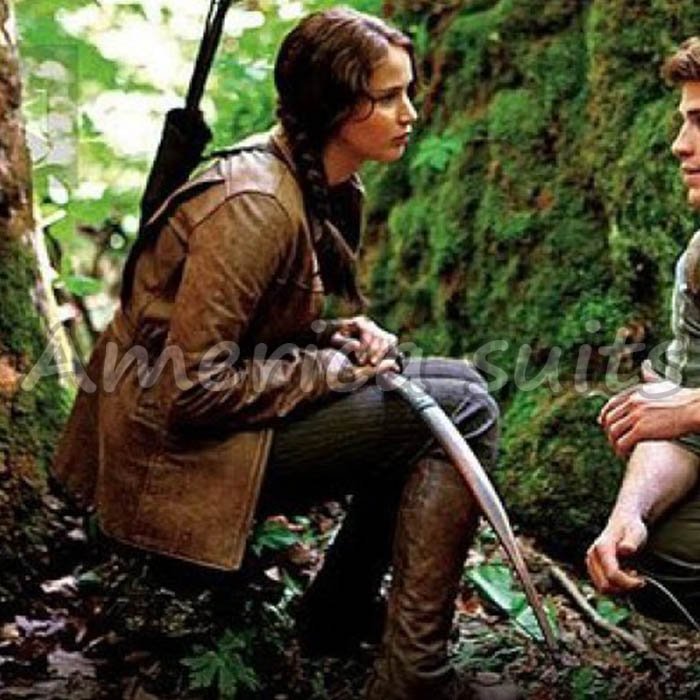 Katniss Everdeen The Hunger Games Leather Jacket
Based on 0 reviews. - Write a review

Years before the start of the series, the thirteen districts attempted to start a revolution against the Capitol. The Capitol won, District 13 was destroyed and, as punishment, an annual televised death match called The Hunger Games was created by the Capitol. One male and one female participant between the ages of 12 and 18 is chosen randomly in a "reaping" from each district, although children not picked may volunteer. They are taken to an arena and fight until only one is left alive. Katniss Everdeen is a girl from District 12 who volunteers for the latest Hunger Games after her sister Primrose Everdeen is picked for reaping. She survives the games along with Peeta Mellark when they both threaten to commit suicide. The Capitol is angry at their defiance, which inspired rebellion in several districts. Katniss and Peeta tour the districts, attempting to subdue the rebellion and are then forced to participate in the next edition of the Hunger Games. When only a few participants remain in the games, including Katniss and Peeta, the arena is destroyed and they are rescued by surviving members of District 13. The rebellion continues with Katniss being used as a figurehead. The districts overthrow the Capitol and Katniss and Peeta live together. So grab a hold on this jacket now and look trendy