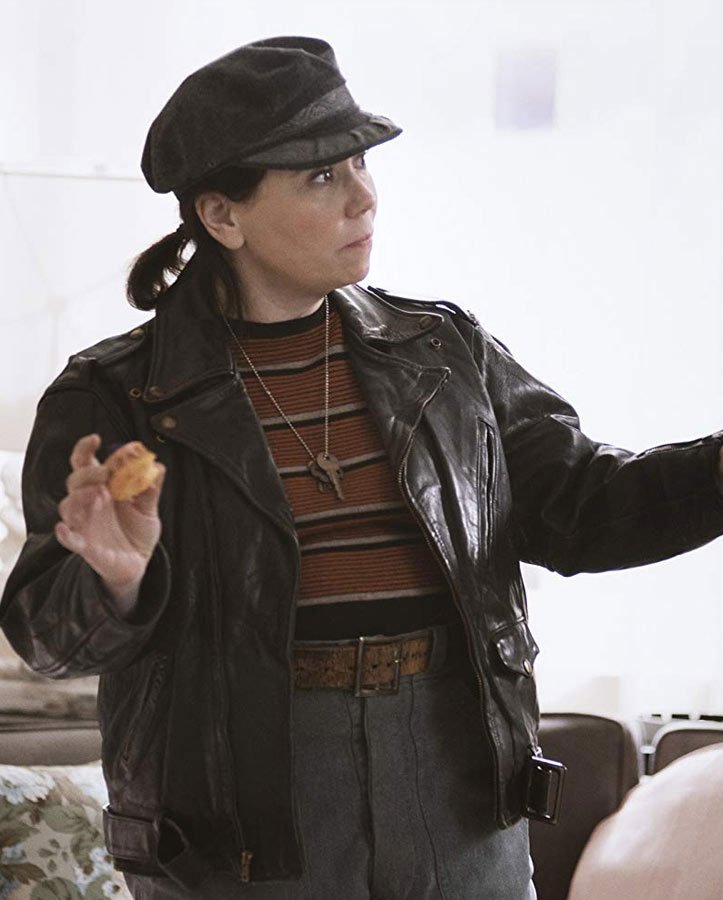 -87 %
The Marvelous Mrs. Maisel Susie Myerson Jacket
Based on 0 reviews. - Write a review

Susie Myerson Jacket is made from real leather in an eye-pleasing black color and its inner consists of a viscose lining. Peak lapel collar is also present to give an authentic look. This women's leather jacket has asymmetrical front zip fastening closure. It also has three front zipper pockets one on the chest and two on the waist side. Full sleeves with zipper cuffs are also present. To give you a more stylish look the Marvelous Mrs. Maisel Jacket has straps on the shoulder. So avail it from americasuits.com