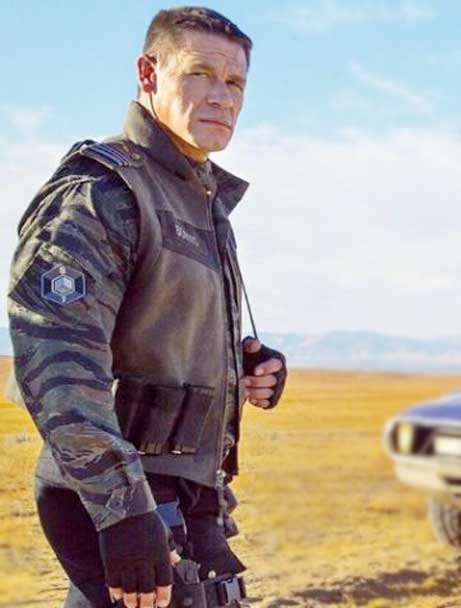 There is nothing admirable to getting the latest outfit that is taken from an upcoming American action film "Fast And Furious 9". It is scheduled to be released in the United States on May 22, 2020, by Universal Pictures. John Cena also appears in this movie but his role is still undisclosed. He is an American professional wrestler, actor, rapper, and television presenter and very popular among the people.

Suede leather material is used in the making of Fast And Furious 9 Vest. It has a stand-up collar. To giving you a handsome look this John Cena Vest has shoulder epaulets. It has a viscose lining on the inner side of the vest. There is a different style designing on the side waist which makes this attire unique. This men's vest has a zipper fastening closure on the frontage. Different patches are also present which is designed by our talented designers and looks exactly the same as compared to original patches. So avail it from americasuits.com.

-50 %
Avengers Infinity War Thanos Costume Vest
Avengers Thanos VestYou have been a hero for while now and now is the turn to become the biggest villain of all times "Thanos" by wearing t..
$99.99 $199.99
Ex Tax:$99.99
Add to Cart
Add to Wish List Compare this Product
Buy Now Ask Question
Quickview