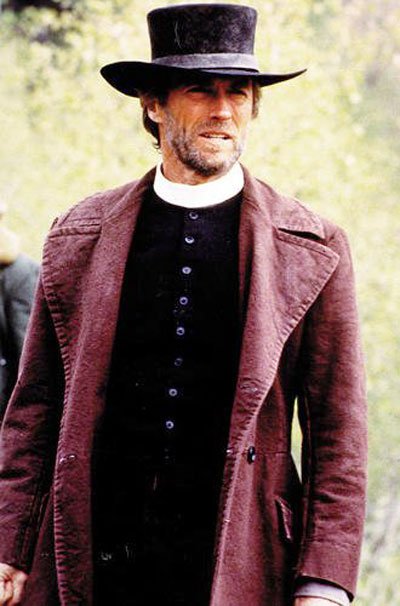 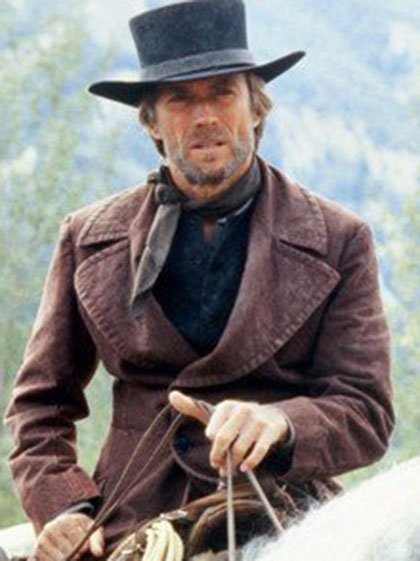 The Preacher is one of the main characters of the movie "Pale Rider" wore this beautiful Pale Rider Clint Eastwood Coat. Pale Rider is an American Western film and Clint Eastwood also produced and directed this film. It took in nearly $41 million at the box office, became the highest-grossing Western of the 1980s. Clint Eastwood is an American actor, filmmaker, politician, and musician. He has been recognized with multiple awards and nominations for his work in film, television as well as in music. In 1986, Clint Eastwood served for two years as mayor of Carmel-by-the-Sea, California, a non-partisan office.

The unique brown color is used for making Pale Rider Coat vibrant. The external of the coat is consists of a 100% pure cotton fabric and the internal covers with a soft viscose lining. Clint Eastwood Coat is intended with a wide notch lapel style collar that enhances your look. Black buttons are also present on the frontage for the double-breasted button closure. This men's coat is offered in different sizes and can also be customized according to your desired measurements. Long and fitted sleeves along with open hem cuffs are also a part of this attire.

-42 %
Fantastic Beast Eddie Redmayne Coat
Eddie Redmayne Fantastic Four Wool CoatFanatics of the universe of enchantment are currently in for a treat with this Harry Potter turn off. The..
$149.99 $259.99
Ex Tax:$149.99
Add to Cart
Add to Wish List Compare this Product
Buy Now Ask Question
Quickview